Why You Should Paint Your Ceiling Black!

So you have a high ceiling in your home and boy you are excited about it! But now you are left wondering which tone of white you should be painting it. All ceilings are supposed to be white, right?

Well I say….why not paint them black? 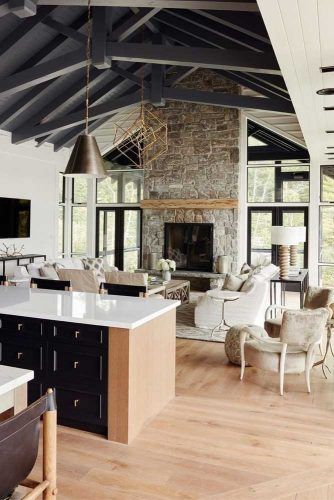 Hear me out! The ceiling is the most underrated surface in our home, lets give it’s time to shine!

We are seeing so many vaulted and high ceilings in both new builds and older homes being renovated into open concept layouts. In a design sense, that is a lot of useable space if we have an open mind and give it a chance!

It is a fact that people view a large open celling as more luxurious and they are highly sought after, but they can also pose some challenges.

An open ceiling painted white can make the room feel cold and hollow. Adding a rich dark colour such as black gives the illusion of bringing down that ceiling and in turn brings a sense of coziness and warmth to the space. 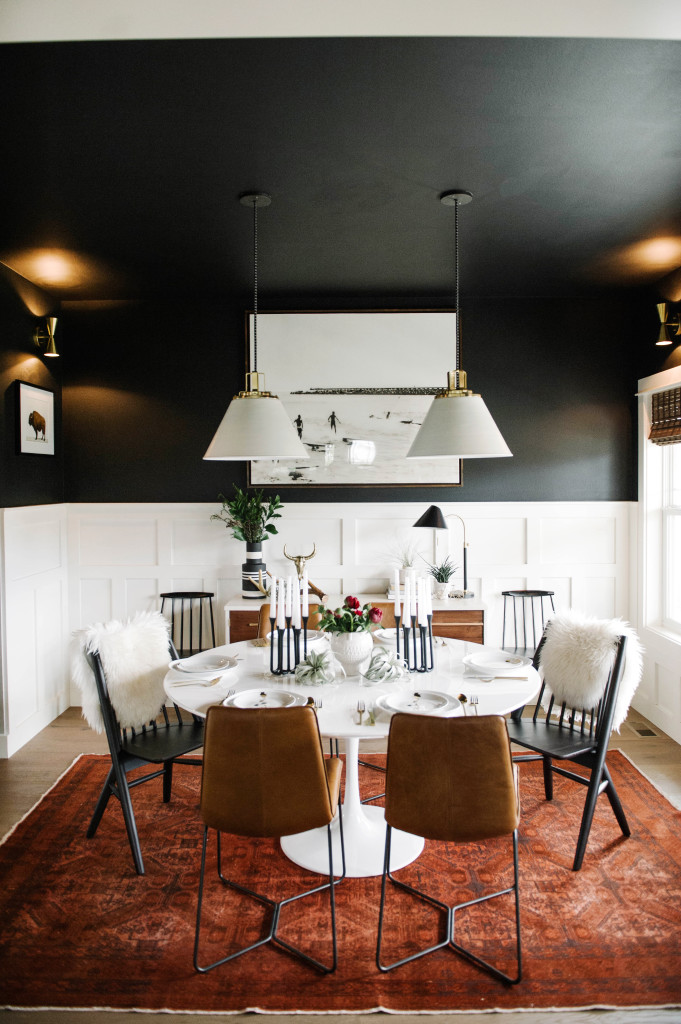 Similarly, raising curtains and draping them to the floor, adding decorative beams to the ceiling, and raising cabinetry and shelving will also have the same affect in creating a warmer and cozier space.

Large open concept spaces that contain multiple “rooms” under one big ceiling, most often the kitchen, dining, and living rooms are beautiful. Each area plays it’s own part and has it’s own functions so even though they are technically one room we still desire to have some definition to them. 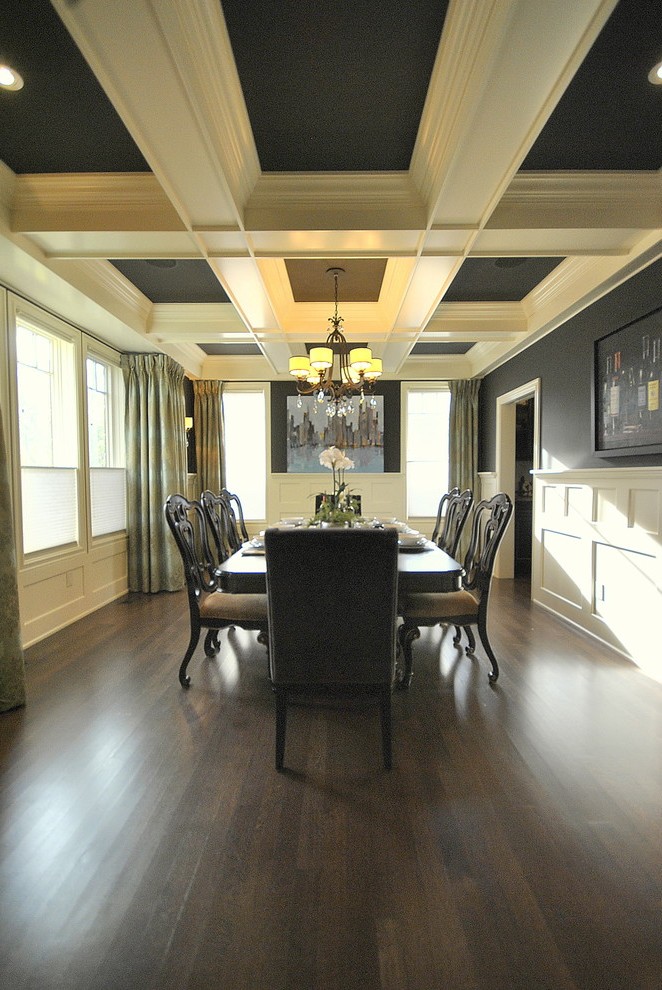 That definition can be created by, you guessed it, your ceiling! An architectural feature such as a coffered ceiling with a rectangle painted black over your dining room table for example, does the same thing as an area rug would on the floor. It gives the area definition without having physical walls.

They may not have the same high vaulted ceilings but basement ceilings are home to open duct work, wiring, and unsightly clutter. We typically like to hide it all under a closed in ceiling, but instead why not paint it black and save the extra costs. The industrial look is so popular right now and it offers you some extra height that basements tend not to have. 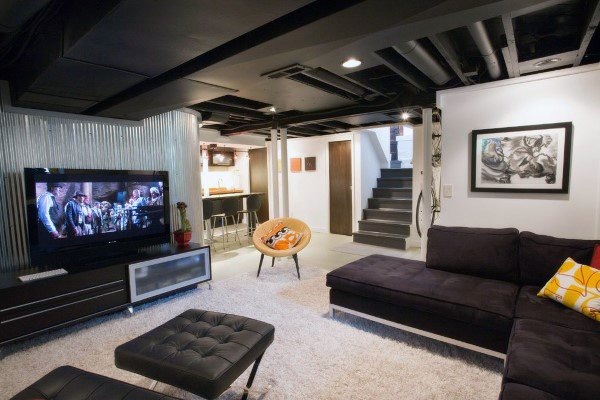 I recently did a client’s home and suggested we paint the entire basement walls and ceilings black for their husband and boy’s man cave. The client loved the idea…the builders, not so much. They really balked at the idea but did as we asked! When the home was finished he admitted that is was his favourite room in the house!! The black hides the undesirable components and allowed us to highlight the real features of the room, like the sports playing on the TV and their colourful jersey collection!

I hope this has your creative juices flowing and has opened your mind to some new possibilities for your ceilings! Don’t rule out black paint, it might be just the thing your space needs! 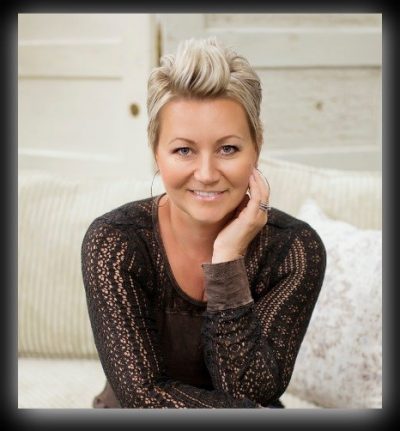 Till next time it’s That Girl Shannon saying,

About the Author: Shannon Houff 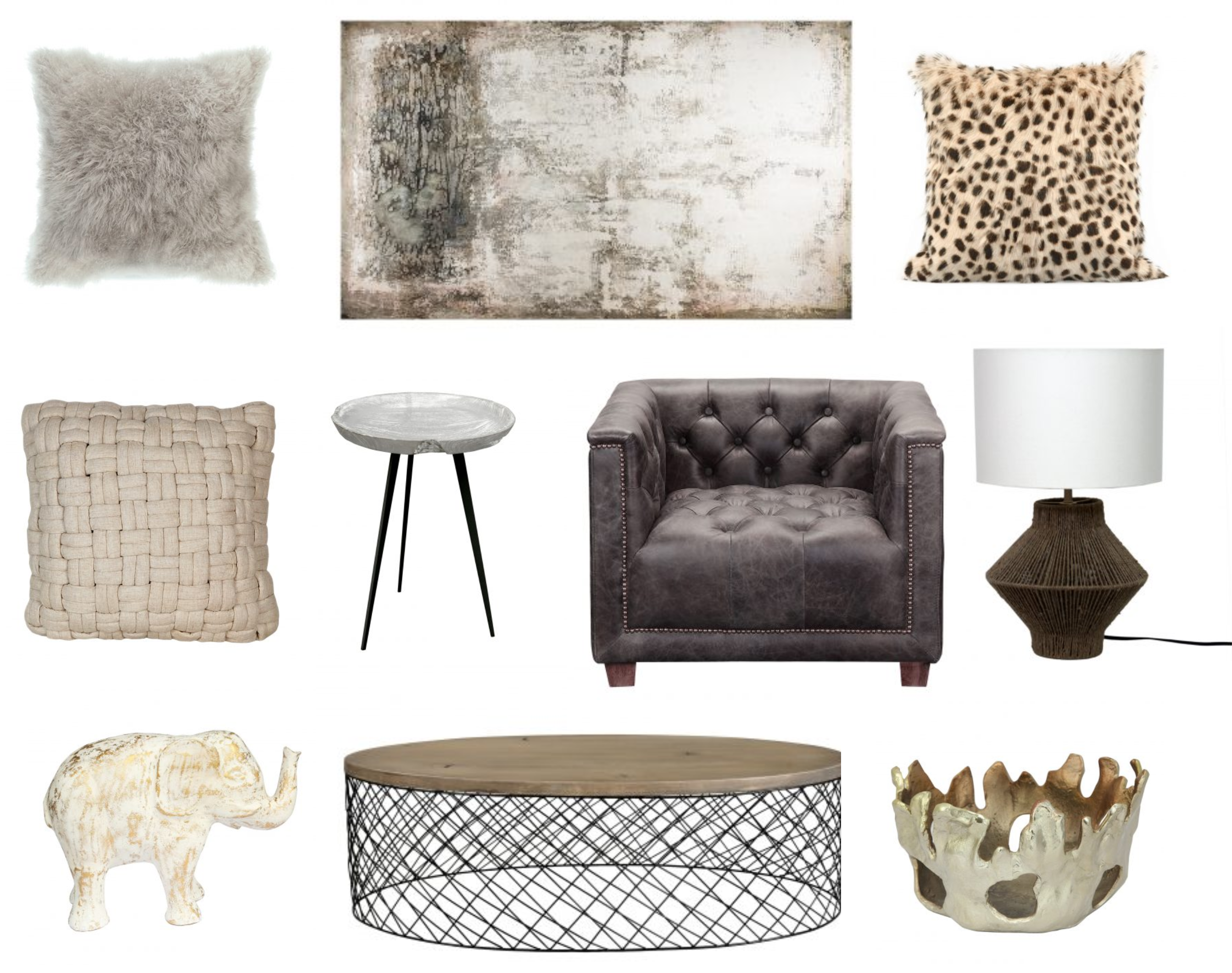 Enter your email address to subscribe to this blog and receive notifications of new posts by email.

Want Shannon to endorse your product or business, please send your request.
Go to Top